Helen’s thesis comprised an analysis and translation of 1840 letters to Marist Superior General, Fr Jean-Claude Colin in France, from Bishop Jean-Baptiste Pompallier and the French Marist missionaries working with him in New Zealand. 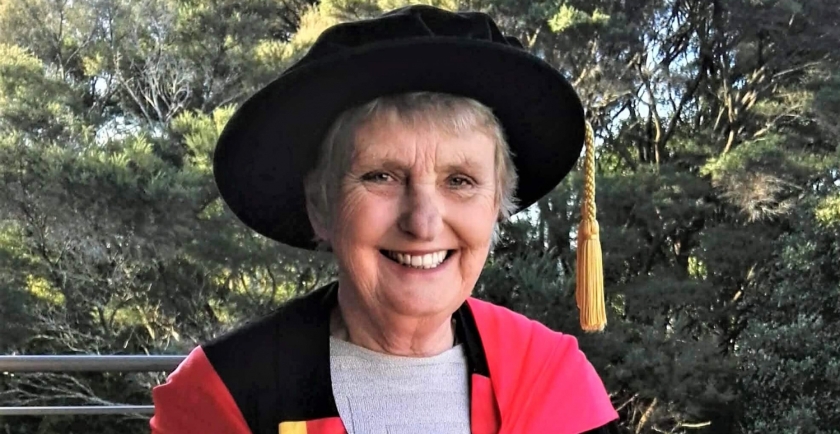 For her thesis Culture, politics, religion and language in the letters of French Roman Catholic missionaries in 1840 New Zealand Helen used the views of Māori and the writings of Jacques Derrida and Pierre Bourdieu to inform her linguistic and historical examination of cross-cultural encounters in the new colony.
One of her examiners’ reports on the thesis notes that it “presents an original cross-disciplinary contribution to knowledge in the fields of colonial New Zealand history and translation studies. […] The candidate’s documentary translation of [the Marists’ letters] illuminates our current understanding of New Zealand history around the time of the signing of Te Tiriti o Waitangi by offering different, non-Anglophone perspectives on the events and personalities involved.
The letters not only provide fascinating insights into the relationships between the Marists in New Zealand and the wider Pacific and Colin in Lyons but also, more importantly for early New Zealand colonial history, they describe Māori culture and spirituality (from the Marist perspective, of course), Māori attitudes to colonisation, interactions between themselves and Māori and the interactions and tensions between themselves and the Anglo-Protestant missionaries, settlers and authorities. The letters offer a new take on cultural and political life in early colonial New Zealand.”

Congratulations on your achievement Helen!